Skip to content
Latest news
Include These 10 Magnets In Your Reality
Best and Worst Areas for Cat’s Litter Planter
Why Property Management Is The Key To Your Housing Business
What Are the Pros and Cons of Leather and Faux Leather Furniture?
Where To Find The Best Interior Designer In Melbourne
Home Security 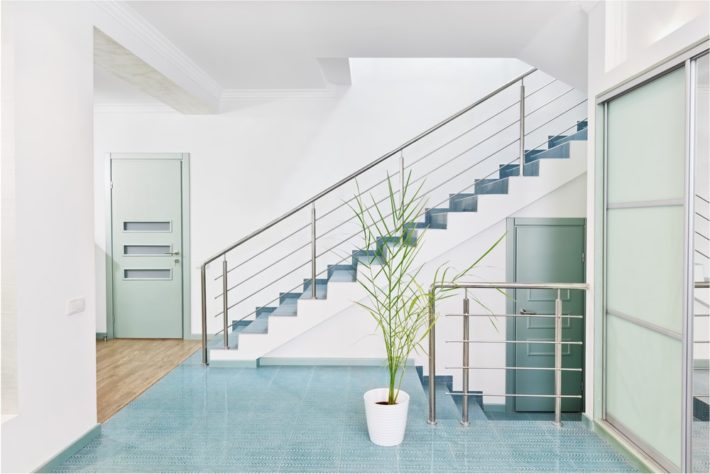 Look around your home and you will likely find at least a small handful of architectural elements that seem so natural that you take them for granted. The humble baluster is one such element. Balusters can be found throughout the average home, yet most of us never give them a second thought.

From the main staircase to the handrail around the perimeter of the back deck, balusters provide both form and function. Wood is not the only material of choice for balusters; They can also be made from metal, stone, plastics, and composites. According to The Iron Spindle in Atlanta, decorative wrought iron spindles are one of the most popular choices for staircases.

History of the Baluster

A baluster is a vertical shaft or post installed to support something above it. A group of balusters that holds up a handrail is known as a balustrade. Such balusters are the ones most of us are familiar with in a home setting. Interestingly enough, the baluster is known as a spindle in furniture design. As such, the terms ‘balustrade’ and ‘spindle’ are often used interchangeably.

History does not record exactly when balusters first became an accepted architectural element. A small number of ancient sculptures seem to suggest that Assyrian architects made use of the baluster in royal construction. But up through both the Greek and Roman empires, balusters and balustrades were not all that common. It wasn’t until the Renaissance that architects began making full use of the feature.

Some say that Medici-era architect Giuliano da Sangallo launched the balustrade to prominence during the late 1400s. Others say that famed artist, designer, and architect Michelangelo had a greater influence. Regardless, we begin to see more use of the balustrade by the early 16th century. In the centuries since, balusters and balustrades have become a common architectural feature in many parts of the world.

As a Design Element

Whether you are talking wrought iron stair spindles or wooden deck balusters turned on a lathe, these simple posts can be deployed as a design element to add character and definition. More intricate designs work well with more classic spaces while simpler balusters are more appropriate to modern and minimalist designs.

Choosing the right material and design are key to making sure balusters and balustrades complement a given space rather than becoming the focal point. Of course, that is assuming you do not want balusters to be the focal point. If you do, there are lots of ways to accomplish that. A spiral staircase with wrought iron spindles offers a great example.

As a Structural Support

Aesthetics aside, balusters generally provide structural support for another element that sits on top. That element could be a handrail, a shelf, a candlestick, or even the seat of a chair. So while architects often choose to design their balusters to be aesthetically pleasing and fitting to form, structural integrity is usually first and foremost.

A baluster has to be able to support the weight of whatever structure rests on top. In the case of something like a handrail, it also has to be able to withstand the normal forces of regular use. Designing balusters without considering their structural integrity can leave the finished product weak and fragile.

Now you know more about the humble baluster. Take a look around your home and see just how many you have. You might be surprised to discover that an architectural element you don’t normally think about is prevalent throughout the many spaces in your house. Then you can step back and take the time to appreciate their aesthetic appeal and structural necessity.